How To Handle The Patient Who Is Pressing For Surgery

In this episode of PodMD, experienced orthopaedic surgeon and founder of Principle Orthopaedics, Dr Kosta Calligeros discusses how to handle a patient who is pushing for surgery where no indications for surgery actually exist.

Dr Kosta Calligeros*As always, all in this PODMD podcast is intended for health professionals and the comments are of a general nature. Information given is not intended as specific medical advice pertaining to any given patient. If you have a clinical issue with one of your patients please seek appropriate advice from a colleague with expertise in the area. 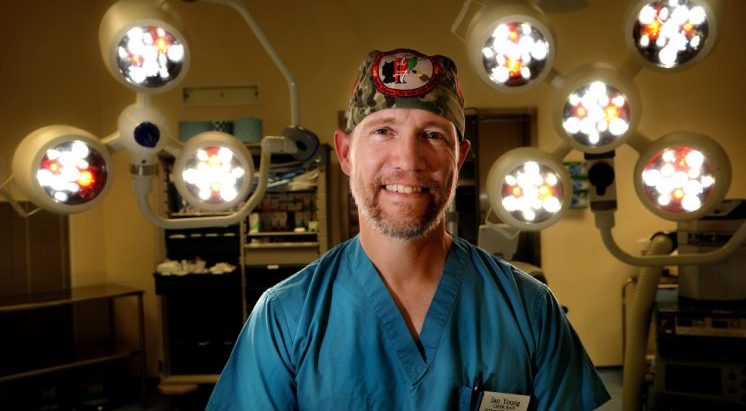 After a long day of performing surgeries on multiple casualties at the Role 3 Multinational Medical Unit at Kandahar Air Field in 2012, Royal Australian Navy Orthopaedic Surgeon Ian Young found himself treating an Australian soldier who had been critically wounded by an IED explosion.

The soldier’s blast wounds were so bad that they resulted in lower limb amputations from both legs.

Caring for the Aussie digger was one of the more emotional experiences of the Navy doctor’s three deployments to Afghanistan, but turned out to be one of the most rewarding.

After six years which featured more deployments and a promotion to Captain, Doctor Young was reunited with the soldier under much better circumstances. It was a memorable experience.

This Australia Day, Captain Young has been appointed a Member in the Military Division of the Order of Australia (AM) in recognition of his exceptional service in the delivery of operational medical services to Australian Defence Force personnel on Operations RELEX, PADANG ASSIST, RENDER SAFE, OKRA and SLIPPER.

For exceptional service in the delivery of operational medical services to the Australian Defence Force on Operations RELEX, PADANG ASSIST, RENDER SAFE, OKRA and SLIPPER.

Commander Young provided exceptional service as a leader, surgical mentor and innovator in the delivery of specialist orthopaedic medical services to the Australian Defence Force and Coalition partners. Through innovation and the application of complex surgical techniques, teams led by Commander Young were able to restore both an element of dignity and mobility to the most vulnerable and severely wounded. His commitment and expertise has ensured the best possible outcomes for casualties with significant injuries.

Captain Young originally joined the Canadian Forces (Navy) and transferred into the Royal Australian Navy in 1998.

He became a fully-qualified Orthopaedic Surgeon in January 2008, after completing his specialist training under the Medical Officer Specialist Training Scheme (MOSTS).

The newly specialised Doctor Young was the only full-time medical specialist in the Navy when he completed MOSTS.

Since then, he has helped to grow and develop the Medical Specialist Program to its current workforce of 25 personnel in five specialities, including Orthopaedic Surgery, General Surgery, Anaesthetics, Emergency Medicine and Intensive Care Medicine – an achievement he feels is an important legacy.

Throughout his career, he has enjoyed postings to HMAS Cerberus, the Submarine Underwater Medical Unit (SUMU) at HMAS Penguin, and the Maritime Role 2E Primary Casualty Reception Facility (now known as the Maritime Operational Health Unit).

This current role has him sharing his time between managing health capability development and conducting ongoing regular clinical placements as an Orthopaedic Surgeon at Frankston Hospital, in order to maintain his clinical skills and ability to deploy at short notice.

“In particular, my deployments to Afghanistan and Iraq were professionally rewarding,” Captain Young said.

“I was very proud to lead a group of Australian health specialists in Kandahar.”

“I was also very proud to serve as the Director of Clinical Services for the ANZAC Role 2E hospital in Taji, Iraq,” he said.

Arguably, no one will be happier to see Captain Young honoured this Australia Day than the many hundreds of men and women he’s treated while deployed on Australian Defence Force operations.

“I am deeply humbled to receive this honour,” Captain Young said.

“I’m extremely proud to serve my new country of Australia and am in awe of the wonderful people I have deployed and worked with over the years,” he said.

Captain Young was one of two Royal Australian Navy members to be appointed a Member in the Military Division of the Order of Australia this Australia Day, sharing the honour with Commodore Michael Miko.

Overall, twenty three members of the Royal Australian Navy have been recognised in the 2019 Australia Day Honours List today.

I am 52 years old and live in Parkdale, VIC & Canberra, ACT. I became aware of this fundraising campaign through Richard and Ged after previously completing a charity bike ride with them and many other of the riders in Marko’s Magic Ride.

I am an Orthopaedic Surgeon in the Royal Australian Navy. I work in Canberra and in Melbourne at Frankston Hospital on alternating weeks when I am not deployed. I have had numerous operational deployments.

I enjoy distance charity events including Ride for Chloe 2017 riding from Melbourne to Wollongong and ANZAC Ultra 2015 in Canberra running 150km to raise money for Legacy. As a doctor and a father of four children, I am honoured to raise money to support Marko and his family.